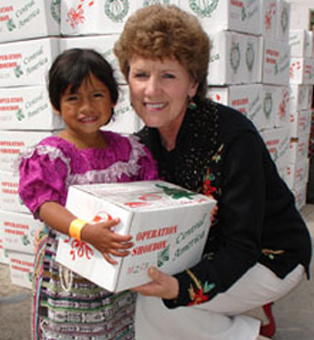 After dissolving their Ohio construction firm in 1976, Jim and Marion Zirkle and their three children moved to Broken Arrow, OK. During two years of intense study in God’s Word, Jim was presented with an opportunity to minister to a group of missionaries working in Quetzaltenango, Guatemala. It was during this time of ministry that the Spirit of God called him to Central America. Soon afterwards, the vision that today guides the entire ministry began to unfold.
Living Water Teaching was started in 1979 by the Zirkles.

Since then, the work of this ministry has grown to include outreaches in several countries around the world. The Word of God is going forth by way of Bible schools, evangelistic campaigns, medical clinics, Operation Shoebox, and through the ministries of the graduates of the Bible Institutes in each of these countries.

When their Douglas DC-3 aircraft went down on November 1, 1998, taking the lives of her husband, son, son-in-law, two missionaries, and six group members from the United States, she knew that the vision was not completed. She picked up the mantle on that fateful night, and by the grace of God, continues running with the vision of changing Central America for Jesus.

On July 12, 2003, Pastor Marion married Pastor Clarence Wright and they, along with the Living Water Teaching family, are taking the gospel to all of Central America, Brazil and Paraguay, South America, and Cuba.

Living Water Teaching is in its 36th year on the field and has currently graduated over 37,000 Bible school students. The ministry has seen over 700,000 born again. More than 100 denominational groups have trusted us to train their leaders and young people. The commission of Living Water Teaching is to make disciples, and send them out to do the same.